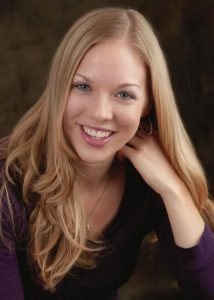 Taryn's competitive figure skating career was highlighted by two trips to the Eastern Sectional Championships, both at the Senior level after medaling at the New England Regional Championships in 2009 and 2011.

Her interest in sport and performance psychology began in high school, where Taryn was known as the “motivational speaker” and for her positivity at the ice arena- especially prior to major competitive events. After a year long ankle injury tested her confidence, Taryn chose to pursue a career where she could help athletes to overcome their own mental blocks and discover their own path to success and achievement.

Taryn has worked as a Mental Skills Coach since 2012 when she received her Master’s degree in Sport and Performance Psychology from the University of Denver. She has worked with recreational and competitive athletes, ages 7 to adult, in many sports, but has worked primarily with competitive figure skaters, gymnasts, swimmers, divers, runners, tennis players, and golfers. During this time she also completed her Doctorate of Psychology at Springfield College in Massachusetts.

Taryn aims to help athletes and performers turn their aspirations into achievements that they can be proud of, while teaching life skills that will benefit them in all of their life’s endeavors.

In addition to working as a mental coach with Complete Performance Coaching, Taryn is a licensed Sport Psychologist at University of North Carolina at Charlotte, providing services to student-athletes both individually and as part of their athletic team.

To see if working with Taryn is a fit for you or your child, let's chat!

Schedule a FREE Consultation with Taryn

My 9-year-old daughter has had a mental block on back tumbling off and on for the last three years. Most of the time she wouldn’t do back tumbling at all. She was frustrated and not happy because other kids were doing skills she knew she could do but her body wouldn’t cooperate.

After working with Coach Taryn, she has learned many techniques to quiet her nerves and reconnect and take control of her mind and body.

My daughter is very engaged in our sessions with Taryn because she tailors the sessions to her specifically.  There is no one size fits all with mental blocks.

Although my daughter still struggles, she is making improvements which we have not seen in a long time.  I would definitely recommend working with Taryn.  She has been so patient and understanding.

I started looking for a coach when my daughter was having a mental block with her back-hand-spring and going backwards in gymnastics.  I was looking for someone who could relate to her, understand where she was coming from, and have patience with her.  I was wanting someone who could let her know that this was okay, that she was okay, and who would give her ways to overcome her fear and get her skills back.

We started working with Taryn and she was awesome!  She gave my daughter, Lillie, steps that she could handle to get her back- hand-spring back.  After each call, Lillie was less stressed about her mental block and had baby steps to try that week at practice.  The steps where things she felt comfortable with doing.

Lillie felt like she could relate to Taryn.  She felt like Taryn understood where she was coming form.  My daughter is pretty quiet and listens a lot, but doesn't express her thoughts and fears very well.  Taryn was great at going slow with her and trying to get Lillie to open up more and ask more questions.

Lillie is now more confident in gymnastics and in life.  I see her consoling her friends when they are having a similar problem and trying to build them up.  Not every practice goes great.  Lillie still has her bad gym days, but she now has the skills to cope with that.  She'll acknowledge the day or the meet didn't go as planned, but she'll also tell me what she learned form it and how it will help her in the future.  Lillie knows when she has a bad day or bocks a skill what to do!!!  Instead of letting it eat her up, she'll tell herself that it's okay and she'll back it down a level and go from there to increase her confidence.  She even has skills on how to deal with difficult coaches who push her too hard too fast.

Instead of becoming discouraged and wanting to quit the sport she says she loves, now she can continue moving forward and staying positive and she knows that how she feels is okay and normal!!

I would definitely recommend Taryn as a coach for anyone experiencing a mental block.  She slowed down and worked with Lillie.  She gave her skills and baby steps that Lillie could handle to slowly overcome her block with a gymnastics back-hand-spring and going backwards.  My daughter's mental block is still there, but she can now do her dismount on beam (cartwheel back) without help.  She is working roundoff backs off the beam, she is throwing round off fulls into the pit, and is learning giant, giant fly away on bars and suk vaults!!  All going backwards!!  She still has the back-hand-spring mental block, but went from literally not being able to move at all (couldn't throw it on a trampoline or anything) to being able to stand alone and throw one onto a mat.  She'll also throw one on beam with a spot.  I know that doesn't sound like much, but if you saw where she was before to where she is after being coached by Taryn, you'd be amazed.

If anything negative arises in practice, Lillie will tell herself, "What would Taryn tell me to do in this situation?  What would Rebecca tell me to do in this situation?"  This has turned her practice around multiple times.  She uses this on anything from her mental block to dealing with a coach who won't let her add that extra mat to consoling her teammates that are also having a bad day.  Lillie hasn't just learned temporary coping skills, she's learned life lessons through this coaching.

Taryn was a great match working with Lillie.  If we ever need help in the future, we'd definitely use her again!  Thank You!!!